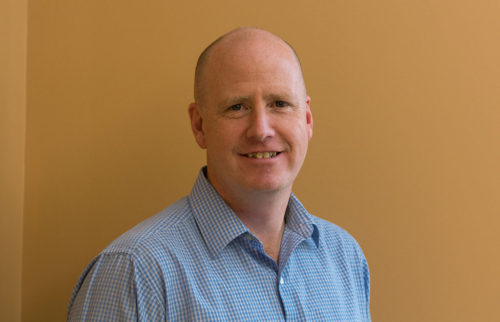 D&K is excited to announce the appointment of David Conger as the Director of the Site and Land Division. David brings to the position 25 years of impressive and varied experience in site/civil and transportation projects in Vermont and New York.

After receiving his bachelor of science degree in Civil Engineering from the University of Vermont, David joined Fitzpatrick-Llewellyn, Inc., which was acquired by D&K in 1996. Working in the Site and Land Division, he developed technical capabilities in site development, transportation and traffic planning. David earned his professional engineer license in 1999, and in 2001, he moved to New York City where he served as project manager and engineer for a large consulting engineering firm. 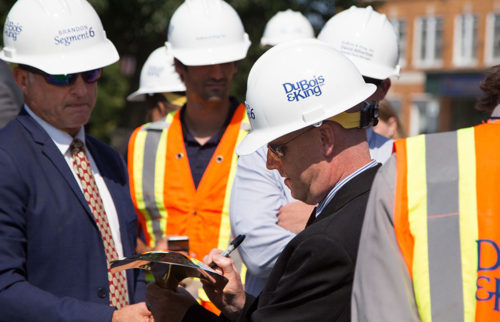 David maintained a varied focus on site/civil and transportation projects, notably providing management and engineering of large-scale projects under an IDIQ contract with the Port Authority of New York and New Jersey. His repertoire included airports, and he led significant improvement and reconstruction projects at JFK International, Newark Liberty International, and LaGuardia Airports.

David returned to D&K in spring 2011 as Associate Director of Site and Land and focused his efforts on site evaluation and design for municipalities, regional commissions and private developers. Projects included a post-TS Irene infrastructure repair contract for the Town of Mendon, infrastructure improvement projects in the center of Burlington, and design and construction oversight of a crucial (flood control) culvert replacement project in downtown Brandon.

David’s extensive experience managing complex, varied provides him with a strong foundation for his role as Director of Site and Land. As an example, in New York, he served as civil lead for the $8.7 billion New Jersey Transit Access to the Region’s Core dual railway tunnel conceptual design. Currently, David is the contract manager for D&K’s construction inspection services for the $21 million Brandon Segment 6 project, one of the largest roadway reconstruction projects in the State of Vermont. His purview also includes oversight of the Survey Department and of site development projects for Verizon.